Many years ago I saw a hand where declarer made a slam by ruffing a loser, at the same time executing a squeeze. That doesn’t happen too often, but take a look at this deal from round 6 of the Mixed teams: 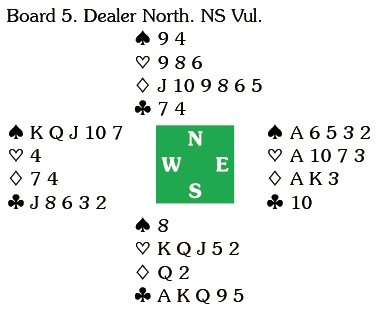 Imagine you are in 6

– probably doubled – and South starts with two top clubs?
Of course you will immediately see that now you can play to ruff all dummy’s losing clubs, playing a spade to the king and then cross ruffing. (Nadia Bekkouche was one declarer to do this, but she was only in 4

doubled.) But suppose you drop your guard for moment and after ruffing the second club draw trumps? All is not lost; you can continue with three rounds of diamonds to reach this position: 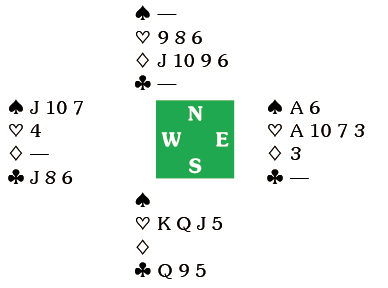 When you ruff the third diamond South has to discard in front of dummy. Whichever suit he throws you can establish a long card as the slam going trick.

Well done the 7 pairs who bid and made 6

for +980. However, that was small change when compared to some of the scores that were floating around – there were 5 -1100’s from 5