A contract may be beatable in theory, but in practical play it can prove to be difficult, especially when everything turns on the opening lead. Look at this deal from the second session of the Mixed teams semifinals: 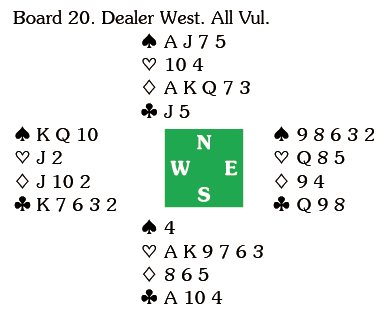 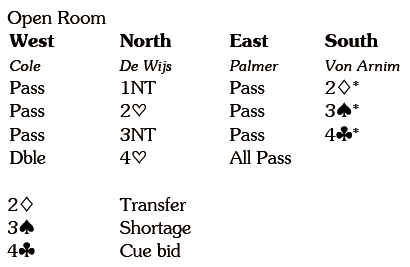 . Once West had ben able tomake a lead directing double you can understand why NS stayed low. 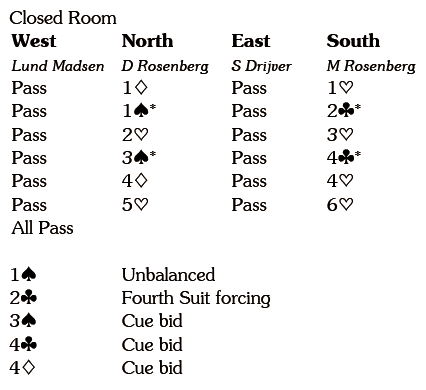 It was next to impossible for West to lead a club – the only way to defeat the slam. Declarer won the spade lead in dummy and played three rounds of trumps. With diamonds behaving he was home, for a 13 IMP pick-up.

Did I mention that you could always make 6

?
Let’s move to the other semi-final:

In the Open Room NS stopped in 4 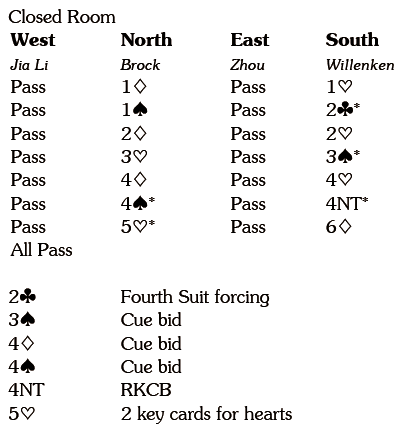 When South offered North a choice of slams she went with her chunky diamond suit.
East led the

8 – essential, otherwise declarer will have an entry to dummy after establishing the hearts – and West won with the king and returned the six, declarer taking East’s queen with dummy’s ace and pitching a spade on the

10. A spade to the ace was followed by a spade ruff, a diamond to the ace, a spade ruff and then three rounds of hearts. West ruffed in with the

J, but declarer overuffed, cashed the

Q and claimed when the remaining trumps divided. Not a bad way to collect 12 IMPs.