Good natural bidding has a timeless quality. On this deal from the second session of the finals only one pair found a route to a making contract: 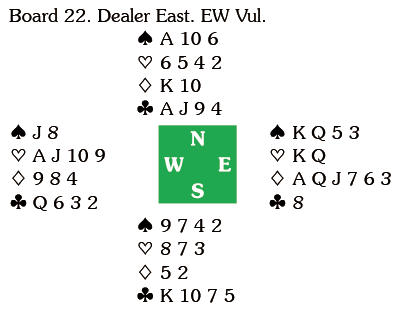 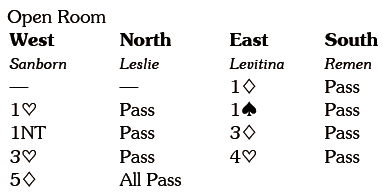 7 and North won with the ace and returned a club, declarer ruffing and playing a spade to the jack and ace. She ruffed the club continuation, overtook the

Q with dummy’s ace, took a diamond finesse, cashed the

K ruffed a spade and played a diamond for a well-deserved +600.
The key to the auction was West’s 3

bid, emphasising her good suit and at the same time expressing doubt about the prospects of the nine trick game.

4 and South won with the king and returned the ten, sealing the fate of the contract and giving her side 12 IMPs.

In the Rosenblum and the Rand neither side could avoid the doomed 3NT.