In short matches you might survive one heavy loss, but overcoming tow of them is not so easy – especially if they occur in rapid succession. This pair are from the first half of the Mixed teams round of 32: 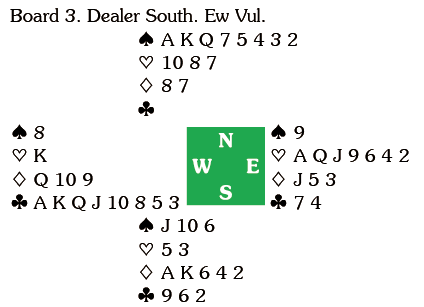 , just in case the opponents carried on bidding. East led the

A and continued with the queen for West to ruff.

7 and declarer ruffed, cashed the

A and then played three rounds of diamonds, ruffing and claiming when they broke, +1210 and a 15 IMP pick up. 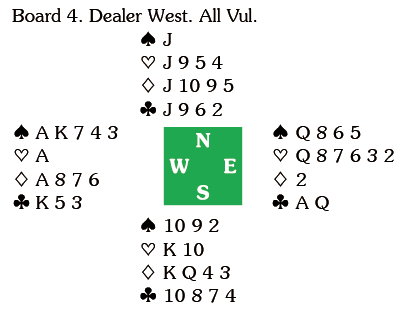 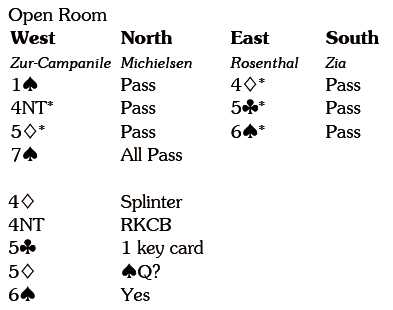 J and declarer won, cashed the

A, crossed to dummy with the

Q, ruffed a heart, drew the outstanding trump and claimed. 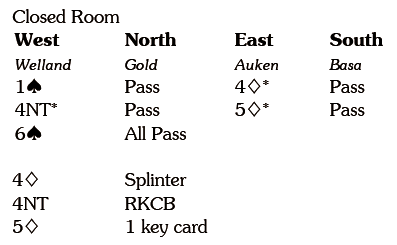