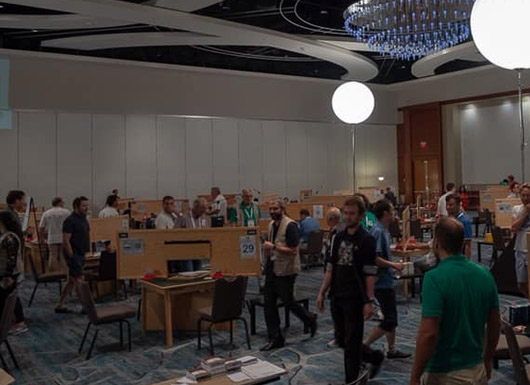 There was no time for the players to catch their collective breaths at the start of the fourth session of the finals – this was the opening deal: 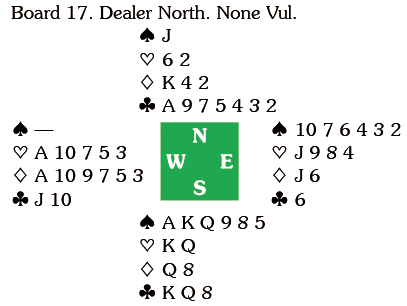 What do you think of South’s 3

? He was more than likely to have three red suit losers and even if his partner held a doubleton spade there was no guarantee the suit would break.
He got his reward when West doubled and East decided to defend. There were only four tricks for the defence, +530, just the start China Evertrust must have hoped for.

In the Rosenblum both EW pairs bid to 5

, were doubled and went one down.
In the McConnell team Baker lost 300 in 5

10 and played a diamond, but South could overruff declarer and play another spade, putting North’s

6 into the game.
However, at the other table the contract was 5

doubled and East had to find a lead after this auction:

Notice that here too South was content to bid 3

.
When East led the