Killing Leads – or Not

Killing Leads – or Not

On this deal from the first session of the Rosenblum quarter-finals it was vital to find the right opening lead: 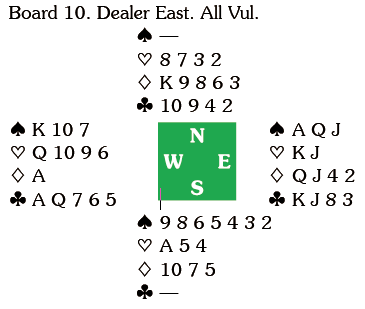 8. North ruffed, returned a heart and scored a second ruff for two down and 13 IMPs.

The swing was even bigger in the match between Strul and Spector, +1440 for 6NT making (South led a spade) compared with +200 for 6