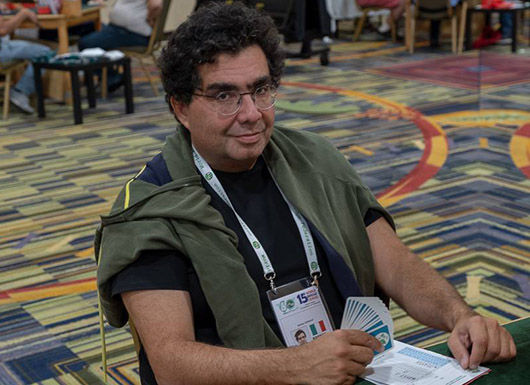 Drawing inferences from the bidding is routine for an expert. In was of vital importance in Round 9 of the Rosenblum: 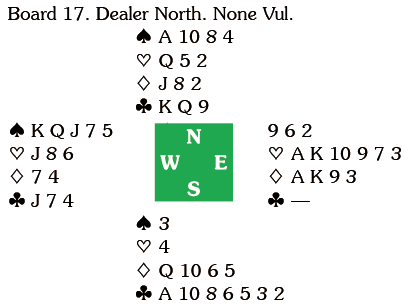 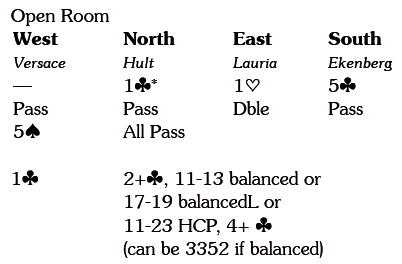 K and declarer ruffed in dummy and played a spade to the king. When it held he played the

6 and ran it! He knew from the bidding that North held a balanced hand, and he needed three rounds of hearts to stand up. When the six held declarer ruffed a club and played hearts, pitching his last club from hand. North ruffed and played a diamond but declarer could win in dummy, cash another diamond, ruff a diamond and play the

Q for a seemingly effortless +450.
No doubt you have spotted North’s mistake.
He should win the first spade and return the

The initial play was identical, North again making the mistake of ducking the first spade. Here declarer continued by ruffing a second club and he then played three rounds of diamonds, ruffing. So far so good, but declarer then made the mistake of exiting with a club (I winder did he pull out the wrong jack?) and he finished two down. 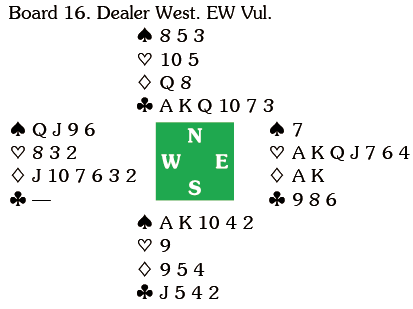 Looking at three small clubs, East knew there was a good chance his partner would be void.
South led the

K and switched to his trump, but declarer won, cashed the top diamonds and claimed when the queen appeared. Only eight pairs reached 6

– three lucky ones were doubled.

There was no inference to be draw here, so Mossop had 13 IMPs.