Slams have an important role to play in any match. This deal arose at the start of the second session of the Rosenblum semifinals (the last for the Women & Seniors). 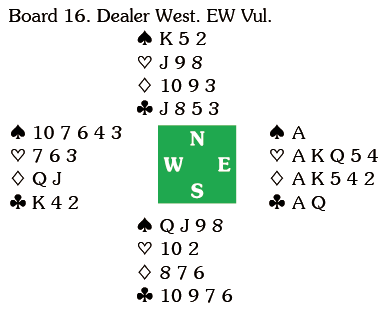 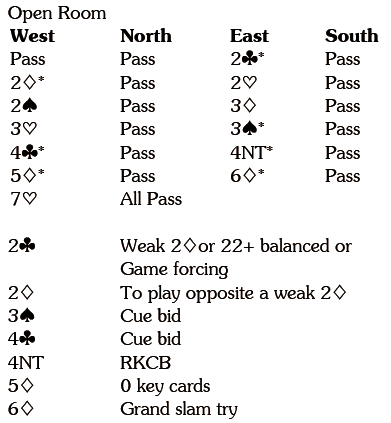 13 IMPs to Baker, almost 50 ahead with deals running out.

Both tables missed it in the other Women’s semifinal.
Allfrey dropped 13 IMPs by failing to bid it against Lavazza, and Zimmermann dropped no less than 17 IMPs by stopping in game.
Wolfson picked up 2 IMPs for +1460 against +1390 against China Evertrust and Milner collected 13 IMPs against Silverman, part of a remarkable run of 41 unanswered IMPs at the start of the final session.