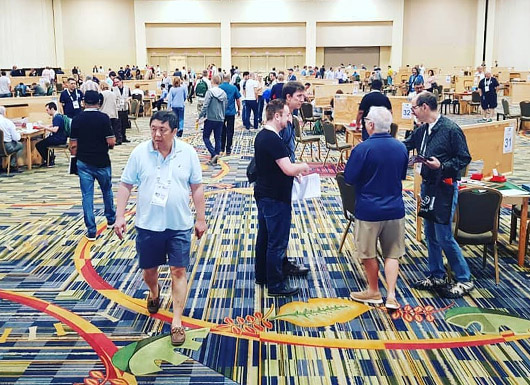 When the opponents are in a hopeless contract that you have doubled it is all too easy to for the defenders to drop a trick and at matchpoints this can be very costly. This is from the sixth session of the Open Pairs: 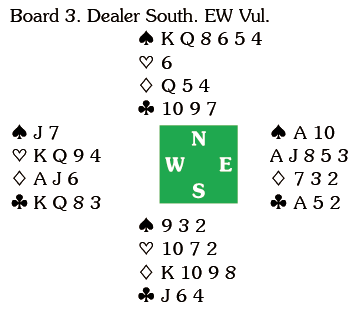 doubled. They have six on top, chances of a trump promotion and declarer may also have to solve the problem of the diamond suit.
The simple route to +800 is to cash three clubs after which West can take a top heart and then play a club, promoting a second trump trick. However, with an awkward lead East opted for the

2 and declarer took West’s jack with the queen. Declarer continued with a diamond for the king and ace and West cashed the

K, East following with the eight. 800 is still available, but West now played a second heart. If declarer discards a club on this trick the trump promotion is no longer in the picture and he will escape for -500. When he ruffed, crossed to dummy with a diamond and played a fourth round of the suit West ruffed in with the

J as declarer and East pitched clubs. West continued with the club queen at which point East should overtake and return a club when a third round of the suit delivers the promotion. When East omitted to do this he had to win the next club with the ace and declarer could ruff the heart return and play the spade king, escaping for 500 and scoring 40.17/9.83.