There is probably not a player on the planet who has not heard of Blackwood. Its inventor, Easley Blackwood, could not have imagined the impact it would have on the bridge playing community, nor envisaged the numerous variations that would ensue.
However, it was by no means his only contribution to the game. His Complete Book of Opening Leads, published in 1963, is one of the best on this important topic.
Used correctly, Blackwood is a powerful aid, but the number of aces held by the partnership is not the only factor to consider when contemplating a slam.
It was another great name in bridge, Ely Culbertson, who devised a rule that could help a player who was thinking of bidding a slam – it is described in detail in another book that should be in everyone’s collection, Jeff Ruben’s The Secrets of Winning Bridge. It says that if you suspect that your slam will at worst be on a finesse, then it is reasonable to bid it.

Let’s look at this deal from Round 5 of the Rosenblum: 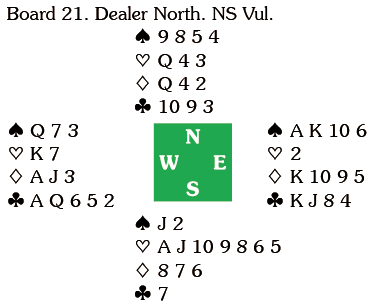 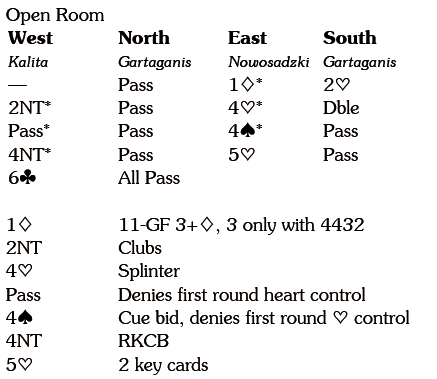 After the splinter West knew his partner held at least four diamonds, so it was long odds that the slam would at the very worst depend on a diamond finesse. On this layout declarer’s extra chance that the spades would play for four tricks paid out for +920. 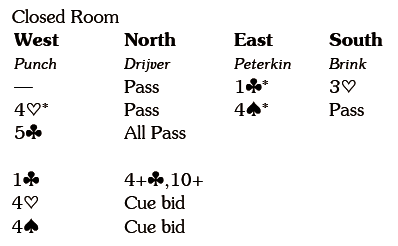 South’s overcall removed a round of bidding, making it just that little bit harder for EW.