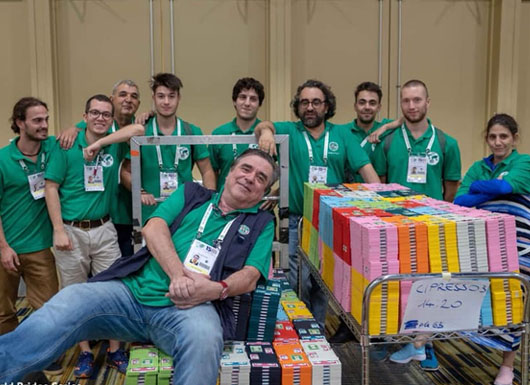 The three sets of finalists did not have long to wait before encountering their first significant deal:

We start with the women:

If West does not raise, North will have her full arsenal of bids available, perhaps starting with a transfer to clubs before showing her hearts. Whatever the meaning of 2NT, NS did not look beyond game. 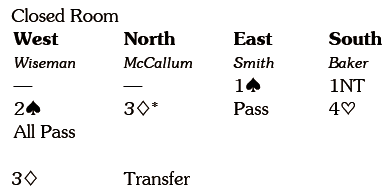 Should North have made an effort over 4

? Its asking a lot, as South needs very specific cards for a slam to be good.

The Seniors could do no better, Garner jumping to 4

after Lair had doubled Shen’s opening bid of 1

and Shen had raised to 2

What could the Rosenblum finalists do? 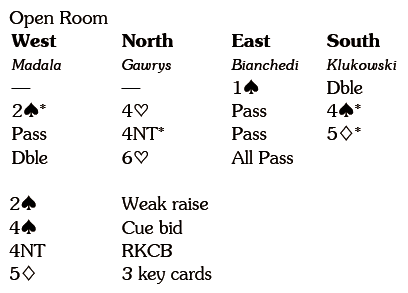 Declarer won the diamond lead with the ace, cashed the

A, ruffed a spade and ran the

Q, soon claiming all the tricks, +1460. Could Lavazza match that?