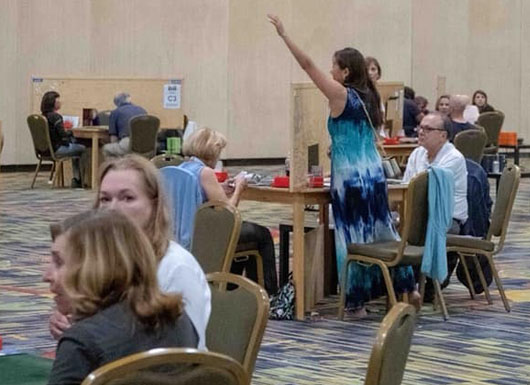 There is no consensus about the origin of this quintessential English expression, but it is generally attributed to the football manager Ron Atkinson, who used it to describe something that happened early on in a match and which, whilst favouring one side, could not yet be regarded as decisive.
An early strike in a bridge match can give one side a psychological as well as a numerical advantage. Let’s take a look at the third deal of the Mixed teams final: 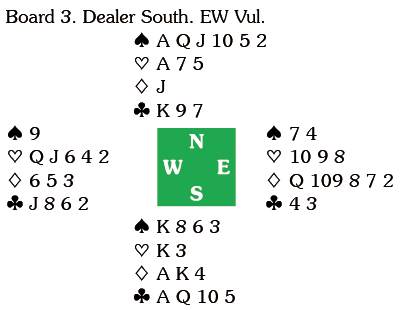 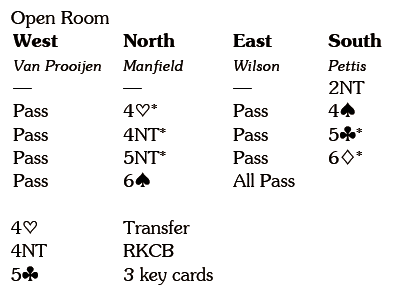 There must have been some confusion about the meaning of 6

. As a result the easy grand slam was missed. 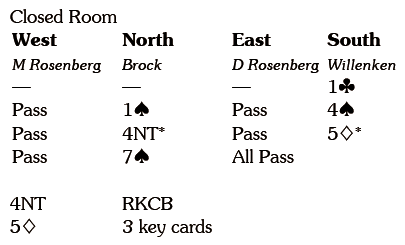 No mistake here and Wilson was the first to strike a significant blow – still ‘Early Doors’.