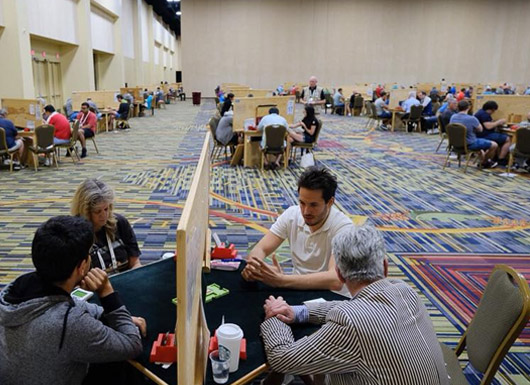 Every deal has a ‘Par Contract’. This example comes from the fourth session of the semi-final of the Rand Cup: 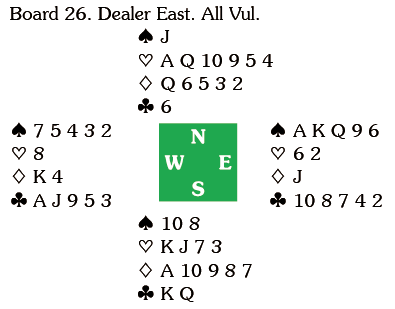 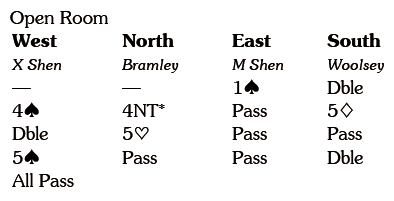 With EW cold for ten tricks in spades, NS beat par by bidding up to 5].
South led the

K and declarer won in dummy, drew trumps and advanced the {J. When South followed with the seven declarer put up dummy’s king and had beaten par by a considerable margin, scoring +850.