Going into the last session of the Mixed Pairs, Frank Multon and Sylvie Willard held a commanding lead. The first two deals set the tone for their session: 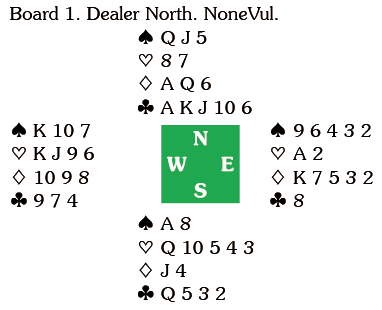 West’s double surely suggest that he has a good holding in hearts, and if East starts with two rounds of hearts West will win and switch to a diamond, after which declarer should be held to eight tricks.
When East led the

3 declarer had been gifted a tempo and he could win with dummy’s jack, cross to hand with a club and take the spade finesse,+550 and a maximum, 24/0. 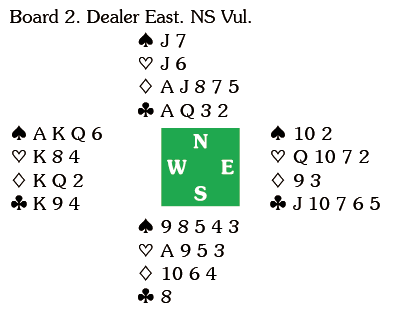 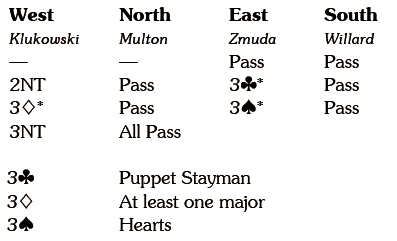 7 for the nine, ten and queen and declarer played the

K, North following with the jack as South took the ace and returned the

6 for the king and ace. North cashed his diamonds (being careful to show values in clubs by taking the eight before the jack) and exited with a heart. That meant three down, -150 and 22/2.

In the first seven of the nine rounds the leaders did not record a single deal below 50% and averaged 70.53%, taking the title by the massive margin of 5.67%.