There were nine declarers in 3NT on Board 21 in the quarter-finals, but only one was successful: 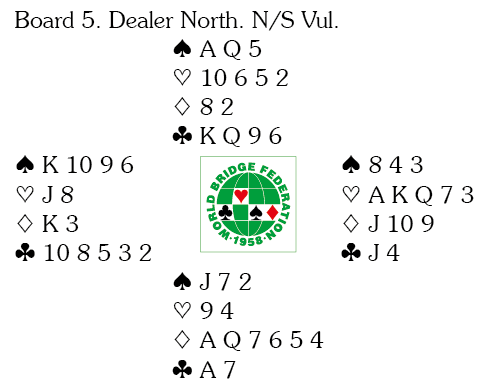 3NT can be defeated on any lead, but the task for the defence is tougher when East leads a top heart. If East leads hearts A: four – eight – two, then double dummy, a low heart is needed at trick 2. Declarer cannot set up the diamonds without letting East gain the lead. If declarer plays the diamondsA, West unblocks the diamondsK.
In practice, East led the heartsA: four – jack – two. Now declarer can succeed, but only if he does everything right. Van Den Bos did.
East switched to the spades 8: two – six – queen. North played the diamonds 8: nine – four! – three. East continued with the spades3: jack – king – ace and North returned the diamonds2: ten. Judging that West would probably not have been enthused enough to double for takeout with the spades K and at most three outside jacks, Van Den Bos rose with the diamondsA and was instantly rewarded.
He now had ten tricks. To rub salt into the wound, he cashed the diamonds, catching West in a spade-club squeeze for the extra overtrick, +660 and +12 IMPs. At the other table it went 1clubs-1hearts-2diamonds-Dble-Pass-2hearts-All Pass. East went one down, –50, after clubs A lead, club to the king and the clubs Q, ruffed high. 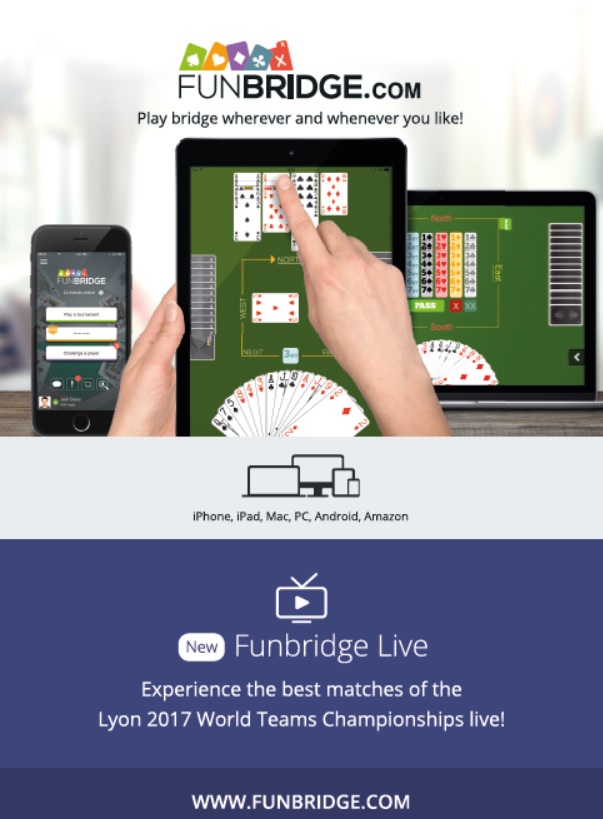