There Will be Blood

There Will be Blood

It is inevitable that during an event lasting two weeks there will be at least one deal where a significant penalty occurs.
The arrival of such a deal affords me an opportunity to tell you a story; shortly before the championships, two family members met for the first time in 10 years. Wanting to celebrate, one of them had purchased two very expensive bottles of red wine. They were driving back to the other one’s home when another car, which in turn was concertinaed, hit them. Anxious for the safety of her relative, the driver got out of the car and opened the backdoor. An ominous dark pool was already forming over the back seat. When she pointed this out to her passenger, he exclaimed ‘Please, let it be blood!’

Welcome to Round 4 of the Bermuda Bowl: 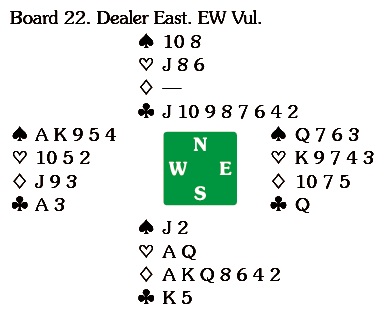 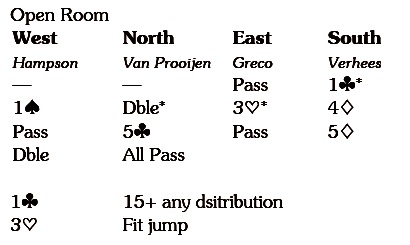 West cashed his spades and switched to ace and another club, so -500. ‘Tis but a scratch’ as the Black Knight would say. (Connoisseurs of the famous scene from Monty Python and The Holy Grail will know that the Black Knight’s opening line is: ‘None shall Pass’ which seems to be the mantra of many bridge players nowadays!) 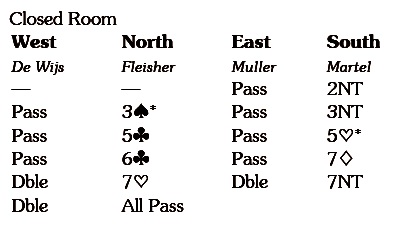 The defenders took five spades and the