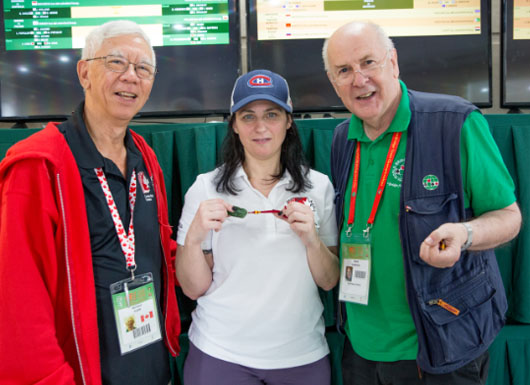 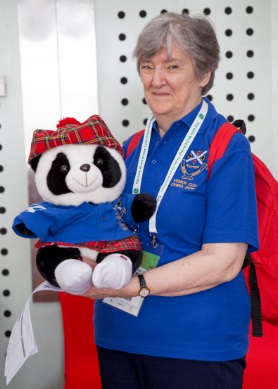 We have spotted that a number of teams are looking for additional inspiration in the form of mascots. Scotland are relying on Big Panda – and he (or is it perhaps she) was in great form this morning, helping the team to a famous victory over their neighbours England in the Venice Cup.
We have already encountered the captain of Canada’s Mixed Team, Michael Yuen, but he has numerous additional duties. One of them is to produce the mascot (as yet unnamed) which recognises that 2019 is the year of the Pig in China. I hesitate to mention that the pig is not considered to be a particularly clever animal, but am prepared to suggest that it might be called Rocket, honouring the memory of one of the most famous Ice Hockey players in Canada, Montreal’s Maurice ‘Rocket’ Richard. (The fact that Canada’s player is wearing a Montreal Canadians cap is purely coincidental).