When Magie Muddies The Waters 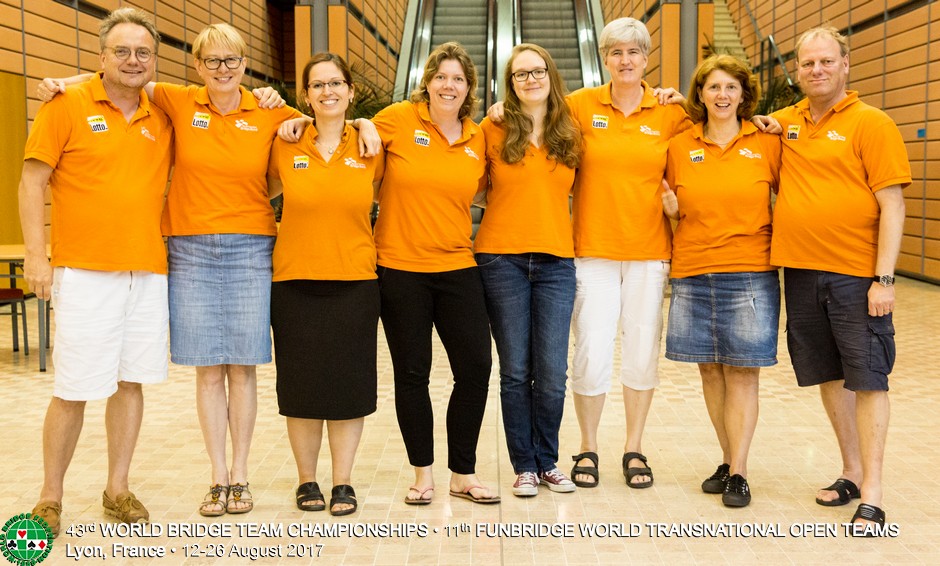 When Magie Muddies The Waters

After three days of play The Netherlands were still top of the field in the round robin of the Venice Cup. At the start of the fourth day England was waiting. But again the Low Countries had the better part of the game in spite of the fact that the Dutch declarer went down in a slam with AJ1098xx opposite xx of trumps with KQ-third on side as the only losers. A few boards later, for instance, Carla Arnolds made up for her partner’s minor faux pas, brilliantly underleading an ace to get her ruff, where at the other table this defensive play was missed.

When the last board had to be played, Holland led by a comfortable margin of 13 IMPs. So nothing to worry about from a Dutch perspective. Was there? 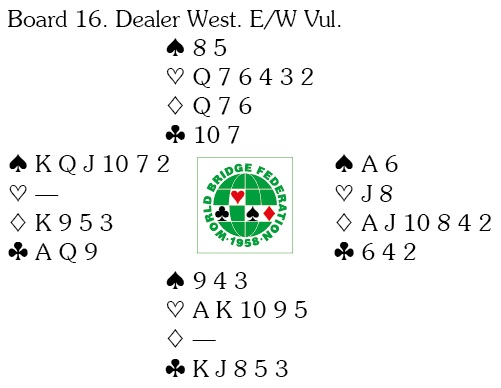 2 spades = hearts and a minor

EW +710. At the other table the bidding was less peaceful, so to speak.

Magie Tichá had quite a few options here: 4hearts, 5hearts (Lackwood), 6diamonds. In fact, she bid 6spades. Later Magie told me that, instead, she had considered 6diamonds and then would rebid 6spades after the expected (and cheap) 6hearts. However she deliberately muddied the waters by not revealing the huge diamond fit. The bidding continued:

Now it was decision time for Wietske van Zwol. She correctly valued her two aces and bid the grand:

After the Lightner double by Nicola Smith it was not that obvious which suit to lead: a club or a diamond. England survived though, when Catherine Draper came out the tank with a diamond. The swing of 14 resulted in a 1-IMP victory for the Islanders.