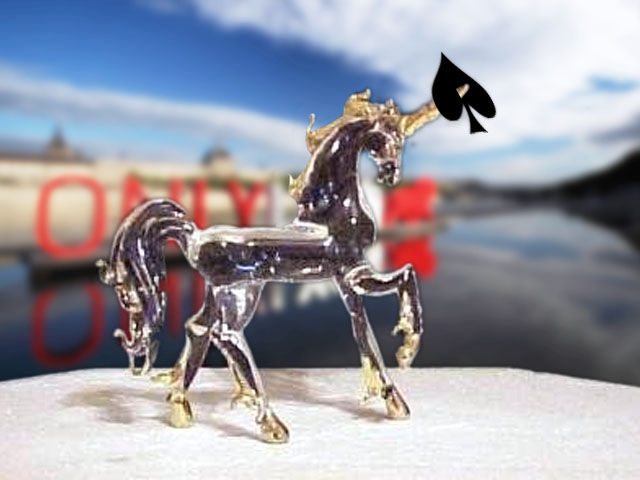 The Glass Menagerie is a five-character memory play by Tennessee Williams that premiered in 1944 and catapulted Williams from obscurity to fame. At these Championships Mario Chavarria and his team are presenting a live stream which operates during each VuGraph transmission. It is co-ordinated by Fernando Lema, who, with his invited guests, discuss all sorts of bridge related topics. During the last match on Monday I joined Fred Gitelman in the glass fronted studio and we talked about many aspects of the game. One of the many interesting facts that emerged from our discussions was that if you want to practise with your partner on BBO you can play deals from famous Championships against the Robots.
I noticed that from time to time Fred was following a match on his phone – as the coach of USA II he was keeping an eye on his team’s match against England. This was the deal on the screen: 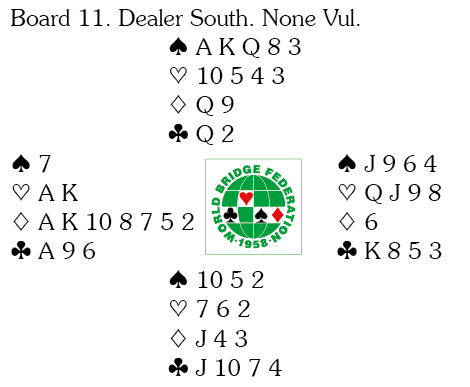 South the two of spades and North won with the queen, cashed the ace and king and exited with the three of hearts. Declarer won in dummy, unblocked the hearts, cashed two rounds of clubs ending in hand and played off the jack of spades and the hearts, squeezing South in the minors for an overtrick, +430.

It was clear here that North held a strong spade suit, but if North’s only contribution was to bid 1spades then a spade to the king followed by an immediate return of the three of spades would (in theory) give declarer a guess. When that happened in the BB match between Sweden and USA 1 that is exactly what happened , but Steve Weinstein immediately played the jack on Fredrik Nystrom’s return.
In one of those remarkable coincidences that seem to occur with singular regularity while I was typing up this report I discovered in the VC match between Israel and Egypt that Maud Khouri and Nada Wattar managed to defeat 3NT – at their table Maud had passed over West’s opening bid of 2clubs and South led the two of spades, declarer going wrong when Maud won with the king and returned the three.

Fred was concerned that East might interpret 3spades as a splinter for hearts and retreat to 5hearts, but he need not have worried. On a good day you might be allowed to make 4hearts – if North won a spade lead and thought it would be a good idea to force dummy with a second round of the suit declarer would be able to take two ruffs ain dummy and score four trumps in hand to go with the side suit winners.

As I was returning to my office I spotted a smiling Fred on the way, his charges having won the match by virtue of a big swing near the end: 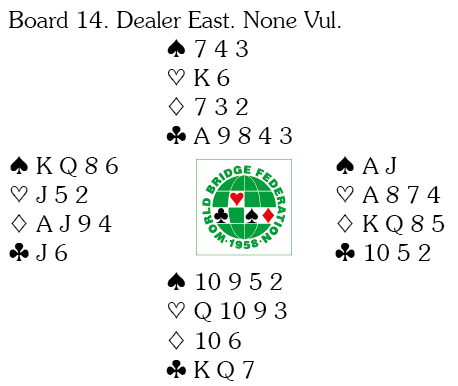 East’s well judged pass, netted +500 as after her trump lead the defenders collected a heart and two diamonds and then played four rounds of spades to promote a trump trick.