For the lead, Partner 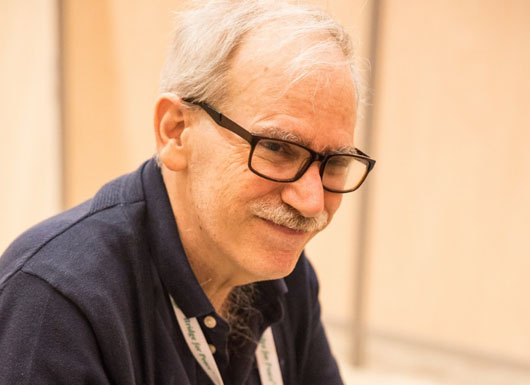 For the lead, Partner

Have you noticed how often a player makes an overcall hoping that it will help partner if they happen to be on lead but then fails to start with that suit when they have to fire the opening salvo.

In the match between USA 2 and Bulgaria in the Bermuda Bowl this principle came back to haunt one of the players with a vengance: 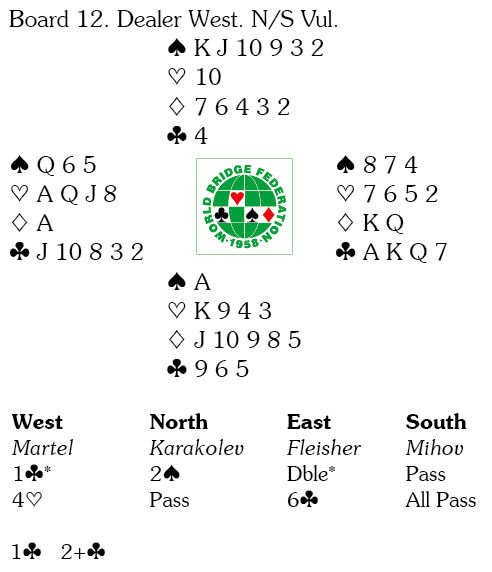 After West’s 4hearts at one point East had a Pass card in his hand, but then returned it to his bidding box. Commentating on BBO Kit Woolsey outlined the danger – East might play West for real extra values – but the four small hearts plus the possibility that partner might be stretching suggested it was clear to pass. As declarer continued to ponder Kit pointed out that a good philosophy when having a close decision is to look at your trump suit.
Finally East made his choice – out came the 6clubs card!
On the surface that looks hopeless, but when North led the ten of hearts, declarer had a chance to prove otherwise.
He won with the queen, cashed dummy’s ace and king of clubs and saw North pitch the seven of diamonds. This was the critical point of the hand – declarer played a heart and when South followed with the three he put in the eight. When North pitched the two of spades I suspect declarer knew he was home. He unblocked the ace of diamonds, crossed to dummy’s queen of clubs, pitched a spade on the king of diamonds, played a heart to the jack, cashed the ace and exited with the queen of spades. South had to win and his enforced return of a diamond gave declarer the ruff and discard he required.

By now you will have realised that an opening spade lead would have spelt declarer’s downfall.