To paraphrase Jane Austen, It is a truth universally acknowledged that a team not in a qualifying position must be in want of some IMPs. That was certainly the case for England when they met the leaders, Poland, in Round 4. 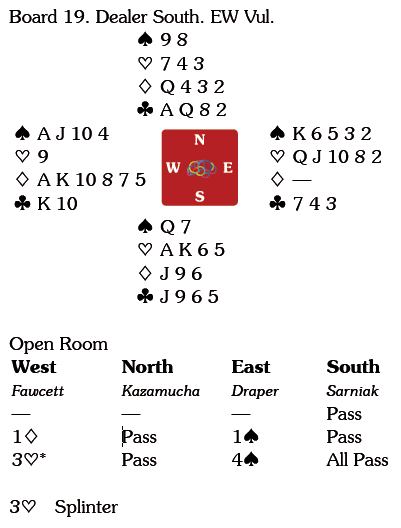 5 and North played three rounds of the suit. Declarer ruffed in dummy and played the

9. South won with the ace and returned the

5. Declarer ruffed in dummy, cashed the

A and ruffed a diamond. At this point one winning line is to play a spade to the jack, ruff a diamond and play a spade to the ace, dummy’s diamonds taking care of the losing hearts. When declarer elected to ruff a heart instead she could no longer arrive at ten tricks.
It was a strong defence. 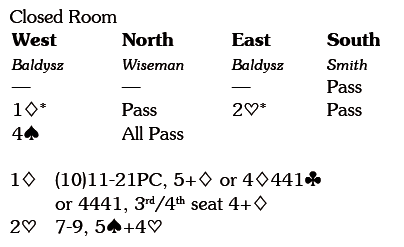 9, the defenders playing three rounds of the suit. Declarer ruffed, ruffed a diamond, played a spade to the ace, a spade to the king and advanced the