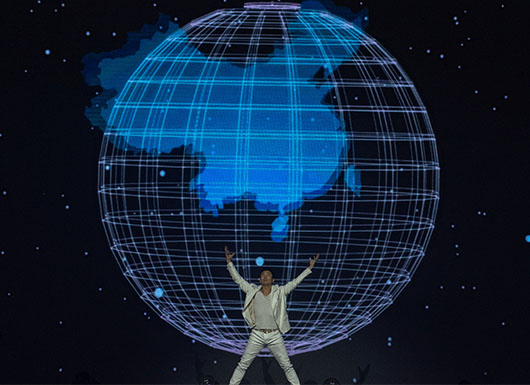 When the final deal of the round robin settled on the table in the match between Sweden and England, the situation was clear – Sweden needed a swing. 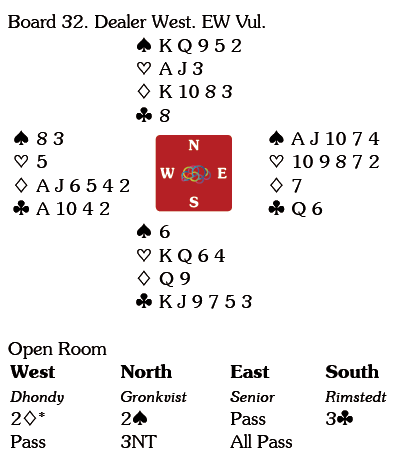 10 and declarer won with the jack and played a club for the six, jack and ace, West returning the

8 for the king and ace, East continuing with the

5 and declarer put up the ten and cashed three hearts. That forced West down to

104 and declarer could cash the

K and exit with a club, forcing West to lead a diamond into declarer’s

K8 – a Stepping Stone squeeze no less.
If East ducks the

K declarer would play a diamond to the queen. It would be superhuman of West to duck that, but even if she does, she must then take the

A on the second round of the suit and switch to a low club.
Maybe Alpha Zero could find that defence, but I certainly couldn’t – had Sweden stepped into the final?

6 and declarer won with the nine and played back the queen, West winning and switching to the

8, covered by the king and ducked by East. The

8 was covered in turn by the queen, king and ace and East won the spade switch with the seven and exited with the

9. Declarer could now have secured an overtrick by following declarer’s line at the other table. However, there may be something wrong with the play record, as declarer is credited with ten tricks, +180 – and 6 IMPs to Sweden that saw them into the Final by 0.16 of an IMP.