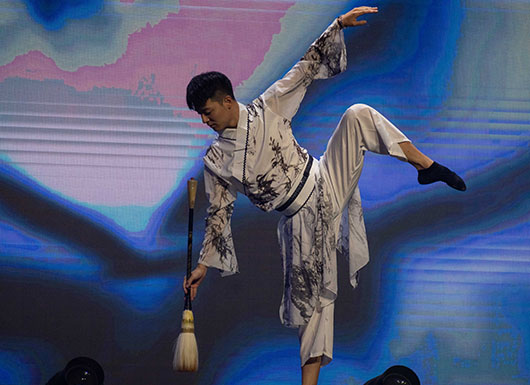 As the standard for an opening bid appears to be falling faster the stock market, it has become safer to adopt a more variable approach to third in hand preemptive bids and weak jump overcalls.
On this deal from Round 3 you can contrast the different approach of the West players in the match between Poland and England: 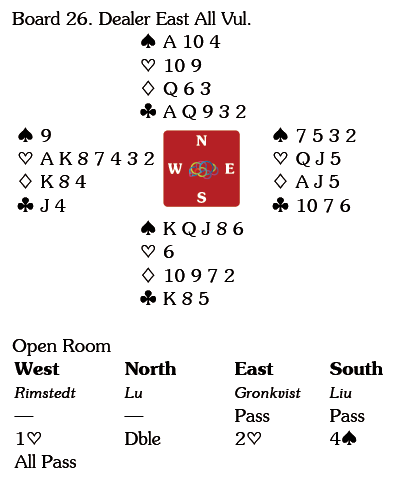 A and when East followed with the queen she continued with the ]8, a grateful declarer ruffing, drawing trumps and cashing the clubs, +620.
Given that East had supported hearts there was no chance that a second round of the suit would stand up, but does that make it easier for West to switch to a diamond?

(which they would have done if South had overcalled 3

) East might have followed to a top heart with the jack. Even so, it would not be easy for West to find the killing switch.
East led the

Q and when West followed with the four (why not the ]2?) she switched to the