Through the Pack Again

Through the Pack Again

Back in 1989 I was the assistant onsite organiser of the World Junior Championships that were staged in what was then my hometown of Nottingham. The Australian team included one Ben Thompson and I have fond memories of dealing with their request for six tickets for the third day of the Test Match between England and Australia that was being staged at Trent Bridge the day after the Championships ended.
Returning from a shopping expedition I bumped into Ben during the interval between the fifth and sixth sessions of the Mixed Pairs Qualifier. He showed me a deal that I have adapted into what might be called ‘The Story of the two of Spades’. 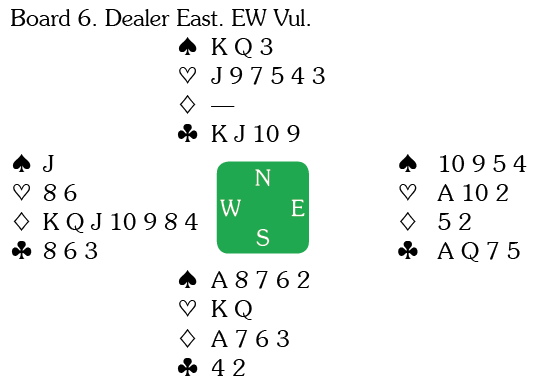 After an auction where West had overcalled 3

Ben found himself in 4

K, East winning and returning a diamond. Declarer ruffed in dummy, played a heart to hand and a club to the nine and queen. When East exited with a trump, declarer was back in the game. He won in dummy, cashed the

K and pitched a club on the

J. He then played dummy’s

K forcing East to cover, He ruffed and played two rounds of spades, using East as a stepping-stone to dummy’s two club winners. That was worth 127-31.
Thinking about it later, Ben realized that he had overlooked a small detail. He had used the

2 to cross to dummy! If East had unblocked the nine ten of spades, retaining the five, then he would be able to underplay in the spade suit leaving declarer with two losing diamonds.
However, looking at the deal later, I spotted a counter. Instead of pitching the losing club declarer throws a diamond. He then plays another heart forcing East to ruff after which he can draw trumps and play a club, forcing East to give dummy a club trick.
Only an initial clubs lead defeats 4

after a diamond lead. (Here’s a small clue – leave those clubs alone!)

What makes this story extra special is that Ben was playing against Tomasz Winciorek and Renata Dancewicz – the latter being one of Poland’s best known film and television stars. 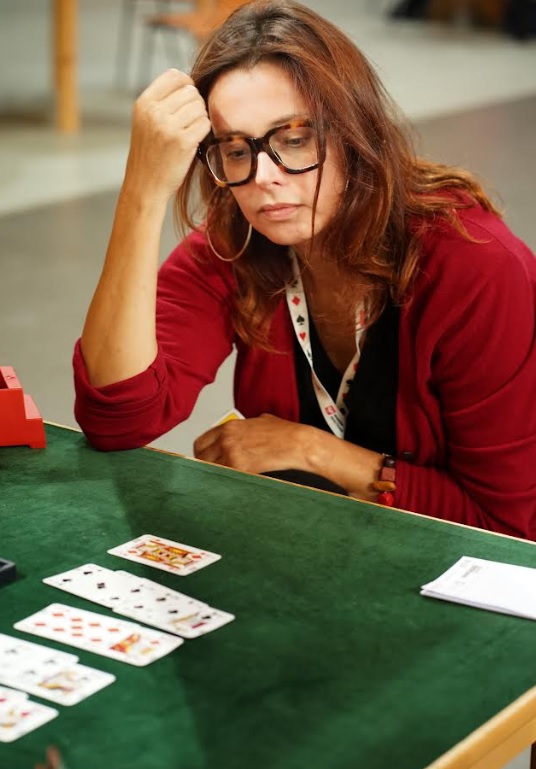