When you are fighting for a qualifying place in the final of the world pairs you need all the help you can get. So, if the opponents mis-sort their hand that should help…right?
Not so much on this exhibit from the final session: 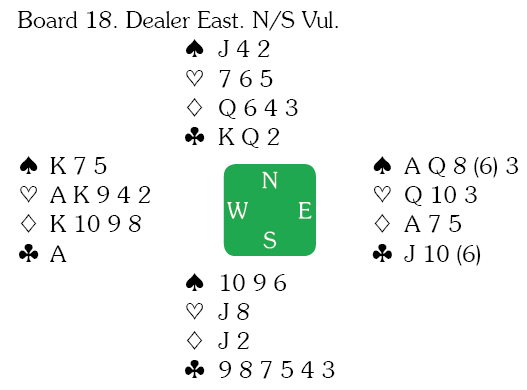 6 in his spades, by accident. He opened 1

and his partner eventually used keycard and drove to 7

.
Declarer simply ruffed a club in dummy and when spades were 3-3 he had four spades, five hear tricks and two tricks in each minor for 13. Bridge is an easy game…and yes you can take 13 tricks in hearts on the minor-suit squeeze but that would be lucky as opposed to skilful.