The Difficult we do Today, the Impossible takes a little longer 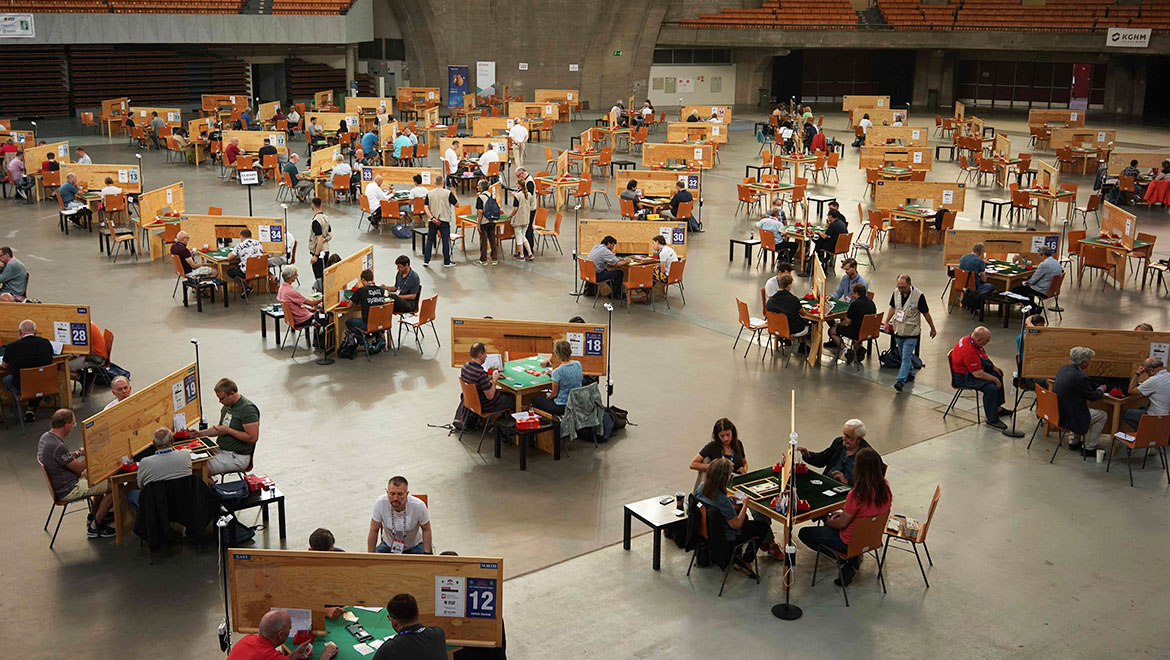 The Difficult we do Today, the Impossible takes a little longer

Some deals are more difficult than others. This was Board 11 from the third round of the McConnell: 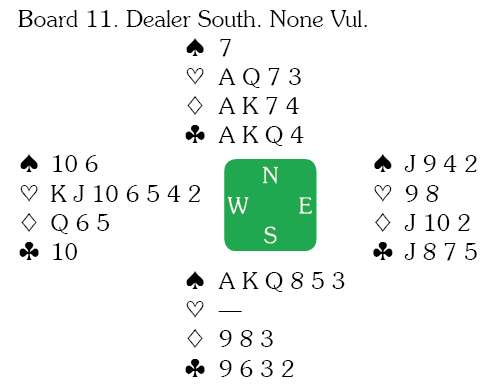 The first question is what should South open?
Suppose you start with 2

(perhaps questionable when you have this holding and a void on the side). What should North do?
If your answer to that question is to bid 3

then should South raise to 4

(which must be a cue bid agreeing clubs).
Some players might prefer to open 3

with North’s cards?
Because a weak two based on a suit headed by the AKQ is a rarity, my vote would go to 1

. Were West to pass North responds 2

and South raises to 3

(null point if you prefer to rebid 2

opening and that leaves North with something to think about. Assuming North doubles would you introduce your emaciated clubs?
On a good day you might take all the tricks with clubs as trumps, but here the 4-1 trump break makes that impossible. However, 6

is excellent, the basic idea being to cash two clubs, play four rounds of spades, ruffing and then cross ruff, eventually scoring the slam going trick en passant with the

and West leads the

10?
You win in dummy and cash three spades West discarding a heart. Now the winning line is to go to dummy with a club, cash the

A pitching a diamond, ruff the

Q, cash dummy’s top diamonds, ruff a diamond, go to dummy with a club and play the {7 scoring the

8 en passant. At the one table that reached 6

declarer did not find this line, and no-one found a route to 6