Shout at the Devil

Shout at the Devil

Rixi Markus was a member of the Great Britain team that won the World Mixed Teams Championship in 1962. As a defender she maintained that there might be a way to defeat an apparently unassailable contract – as long as you were good enough to find it. She would have loved this deal from the Round of 32 in the Mixed Teams in the match between Coriandre and Reason: 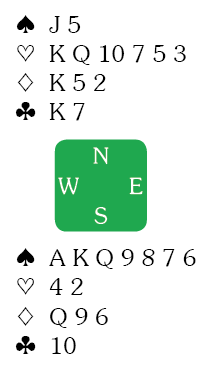 You find yourself declaring 4

after a simple sequence:

5, you put up the king, and East wins with the ace. If East plays another club your basic plan will be to ruff, play a heart to the king and if it holds return to hand with a spade to play a second heart.

However, what if East returns the

The devil seems to have produced the killing switch, finding partner with something like {AJ10x(x) in the suit. However, you spot a countermeasure and play the queen of diamonds from your hand, hoping to cut the defender’s communications.

When the queen holds you play a heart, but West wins with the ace and returns a diamond.

That sees East win two tricks in the suit, so you are one down.

This was the layout: 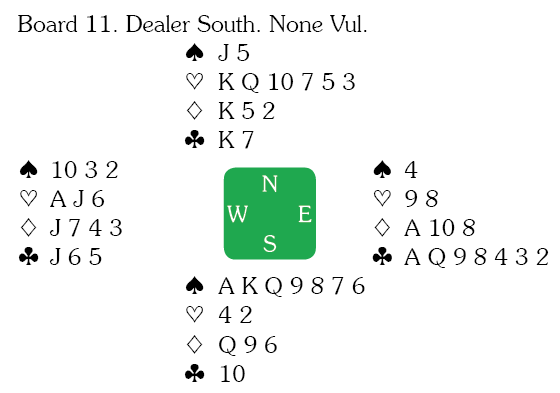 It was Pierre Schmidt who found the devilish switch to the

8. He realized at trick one that prospects for defeating the contract were not good. The best chance seemed to be to find partner with something like

Q9xx, and a quick trick in spades (the king… would declarer refuse the finesse before playing three rounds of hearts?) or even better in hearts (the ace).

He was about to play the

10 when he realized that the {8 would be good enough and also that if the actual position existed declarer was an excellent player who would probably think of inserting the queen of diamonds.