Some chess players can calculate many moves in advance, but how far ahead must a bridge player see? Here is remarkable piece of play from the final session of the Rosenblum semifinal: 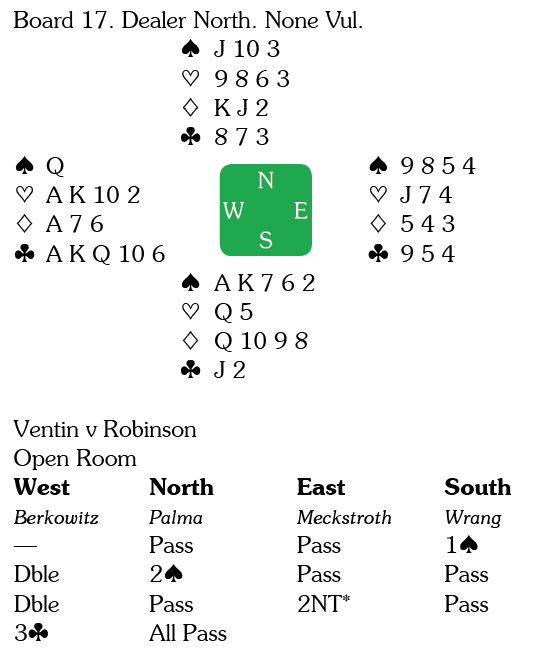 J and South took the king and returned the six, declarer ruffing, playing three rounds of trumps ending in dummy and a heart to the ten, +130.

2 and declarer won in dummy and played the

6, North winning with the king and returning the

7. Declarer won in dummy, cashed the top hearts and must have been delighted when for the second time on the deal South contributed an honour. Declarer crossed to the

J, went back to dummy with a diamond, pitched a diamond on the ]10, ruffed a diamond and gave up a spade for a magnificent, miraculous, 11 tricks, +400 and 7 IMPs.
Very lucky you might say.

Perhaps, but declarer envisaged his eight-move combination at trick 2! I wonder if he plays chess?