One of the most difficult things to decide is whether to enter the auction after both opponent’s have bid. Look at this East hand from the sixth round of the Rosenblum:

To bid or not to bid, that is the question.

Let’s see what happened in the match between Gupta and Lebowitz: 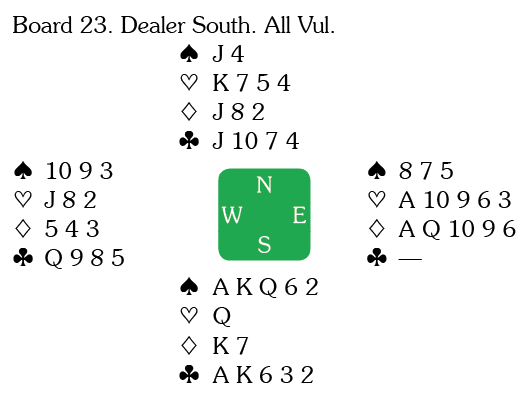 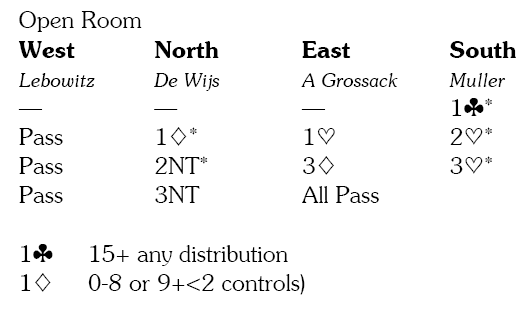 Here East fearlessly bid both his suits.
He led the

10 and declarer won with the jack and cashed five spades. When East discarded on the 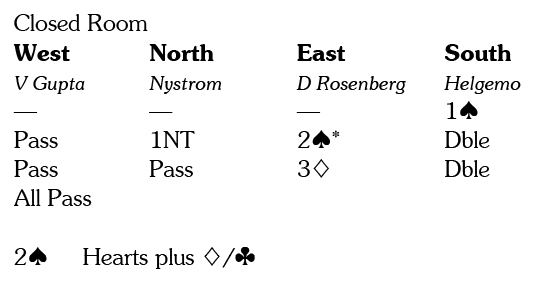 South was happy to double 2

and then doubled again.

South cashed three top spades and then, appreciating that declarer must be void in clubs, switched to the

6! Declarer put in dummy’s nine, ruffed North’s ten and played the ace of hearts and a heart to dummy’s jack, North winning with the king and exiting with the }4. Declarer ruffed and played a heart to the eight, South discarding a spade. A diamond to the queen saw South win and exit with the

K. Declarer ruffed and cashed the

A, but North had to score the {J for two down, -500 and 12 IMPs.
Helgemo’s brilliant switch was predicated on the fact that if declarer failed to put up dummy’s

Q on the first round of the suit she would then be unable to play trumps as South would win and then play a high club, the force ensuring at least two down.