I am reliably informed that red is one of the most visible colours in the spectrum (surprisingly, at least to me, yellow is  the most visible, which perhaps explains why it was the colour of choice for both WBF and EBL staff polos for many years). It is readily identified as a warning sign – for example think traffic lights and fire engines. At the bridge table a red card is sometimes used to tell the opponents they are in trouble, and red is used in connection with vulnerability.

However, green can also be dangerous, especially at the bridge table!

In Round 1 of the Mixed Teams, you have a modest hand as South:

Do you pass in sleep?

This was the layout: 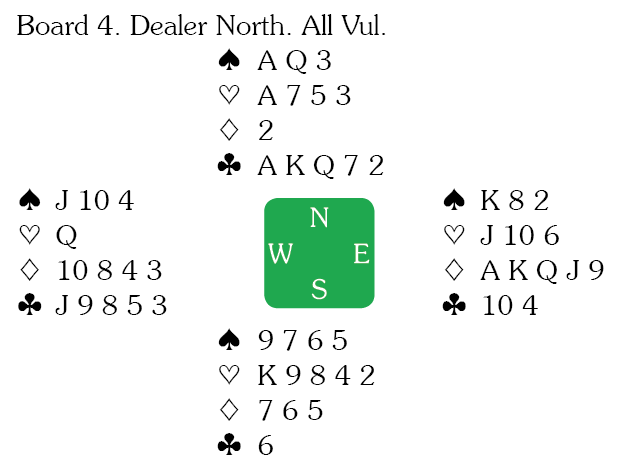 Partner’s sequence is indicative of a powerful hand, almost certainly with four-card support.
South’s fifth heart has become important so you should raise to 3

, which will see partner advance to game. (Replace South’s

is child’s play.
Of the 56 pairs who played this deal, nine failed to reach the heart game, once in the same match.