Tom Hanlon does not like to blow his own trumpet, but some deals are too pretty to remain unmentioned. This is from the third session of the Open Pairs Final: 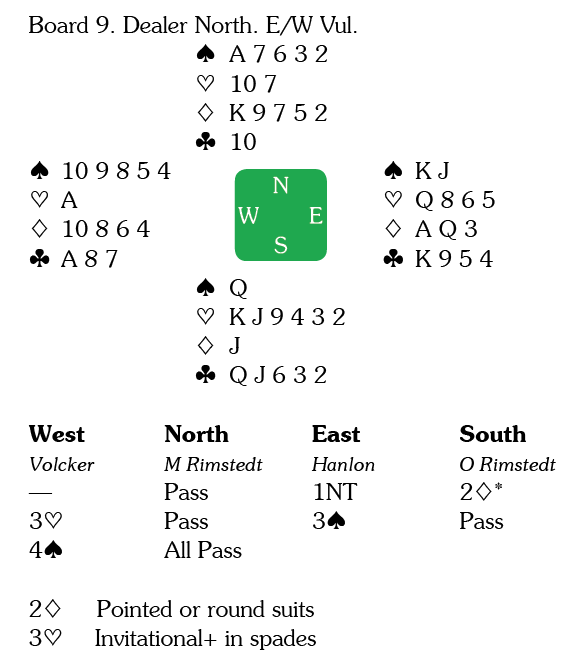 J was led, for Tom’s queen. He realized that there was not much chance unless the

Q was singleton, so he played the king at trick 2! Success!
But his work was not yet finished. Tom next played the

J, ducked by North. He went to the table with the

A and played spades until North took the ace. He won the heart return in dummy and drew the outstanding trumps to reach this ending: 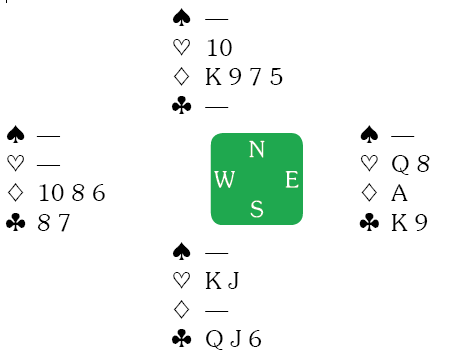 When Tom came to hand with a diamond South could not afford to pitch a heart as declarer would then play a heart, setting up the queen. However, when he threw a club Tom could cash the king of clubs and exit with a club forcing South to surrender the game going trick to the queen of hearts.
+620 was not quite a top because three Easts made a tenth trick in 3NT and two North’s went for -800 in 2

x, but no-one else took ten tricks in spades.