On Thursday evening Gianarrigo Rona hosted a dinner at which a number of awards were made, recognising the tremendous contribution the recipients had made to the organisation of the Championships. The President was joined by the President Emeritus of the World Bridge Federation José Damiani. 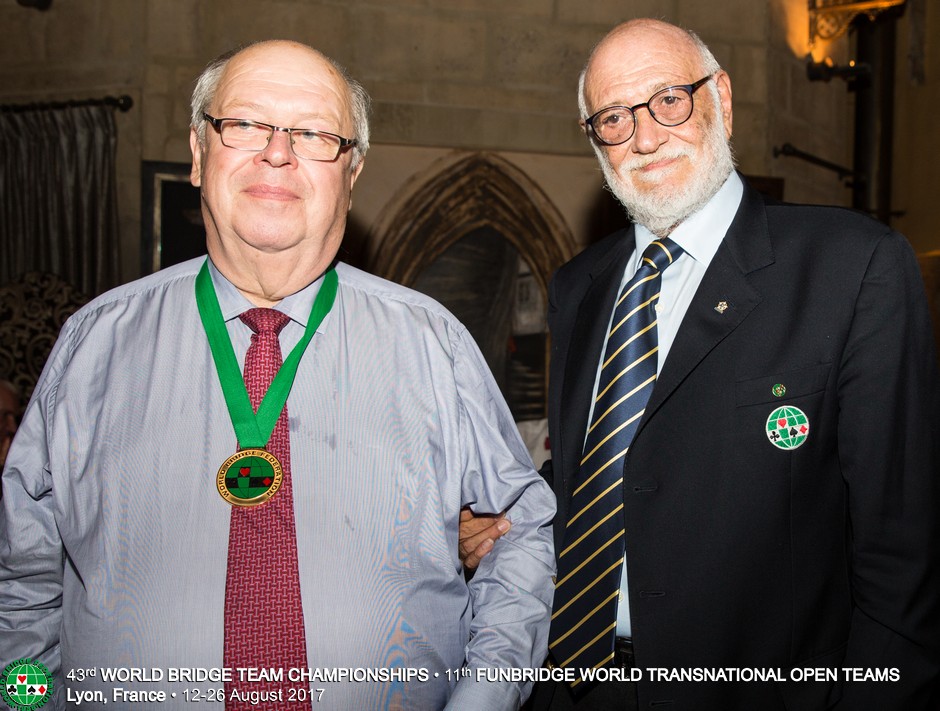 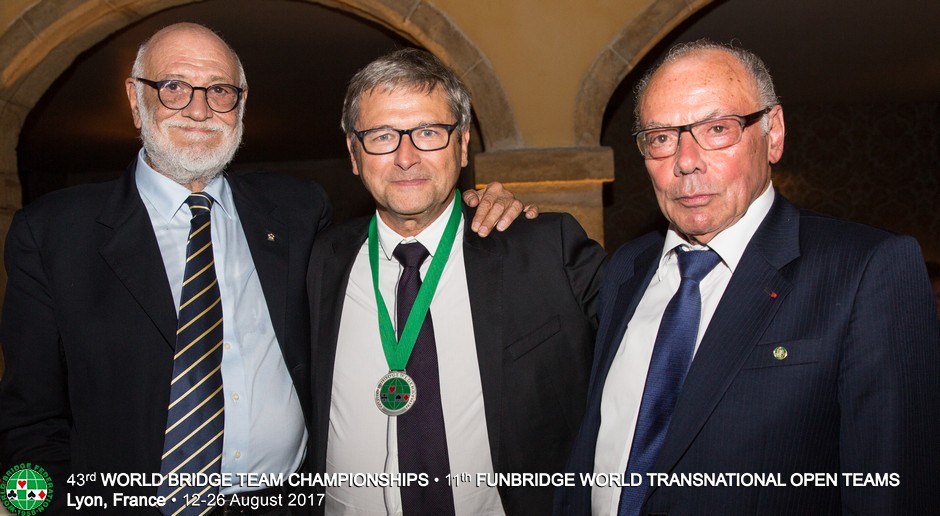 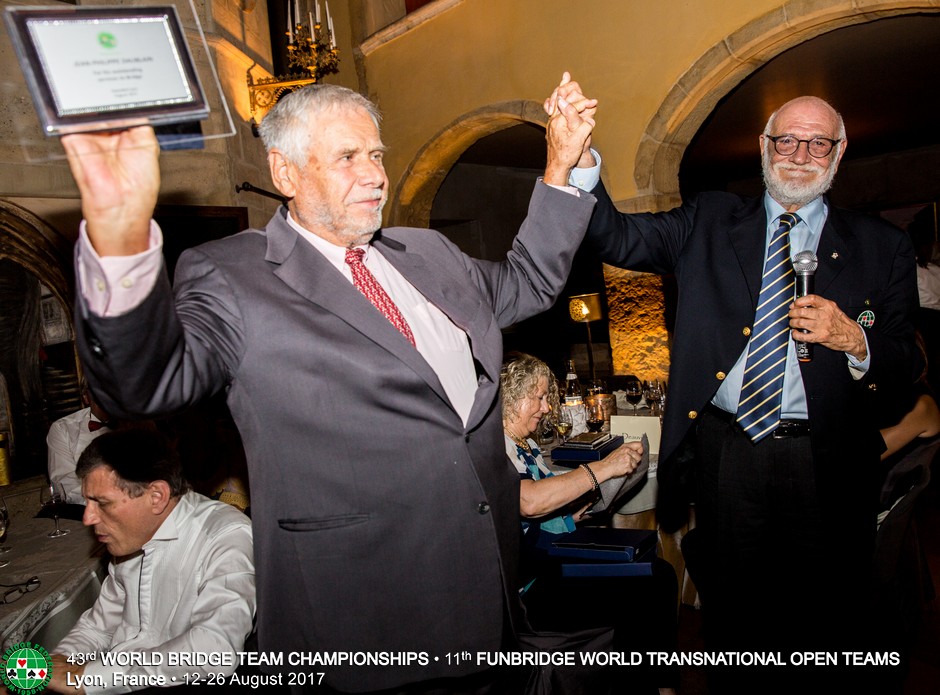 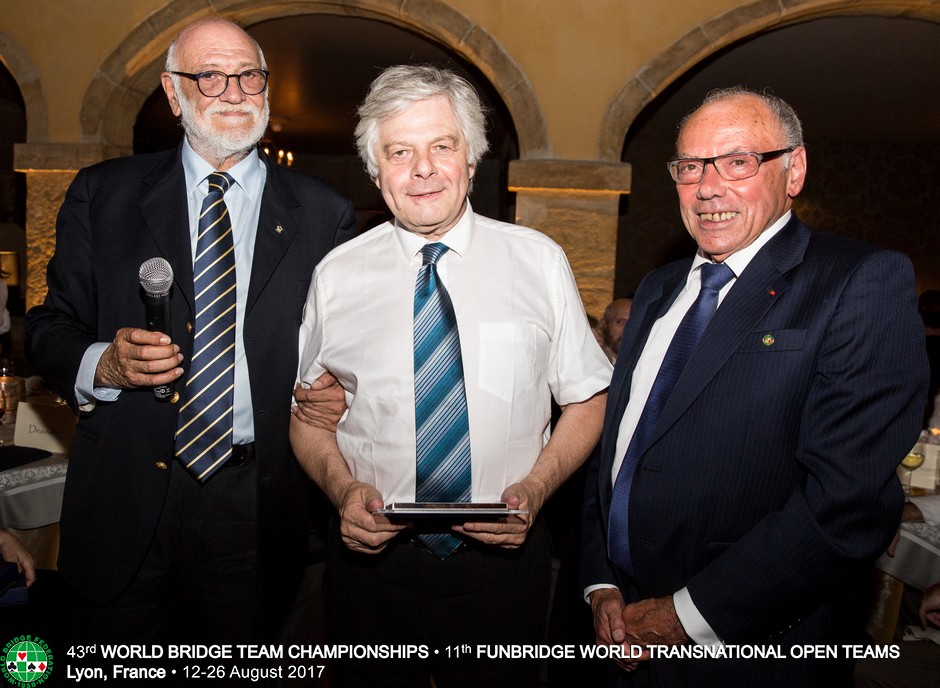 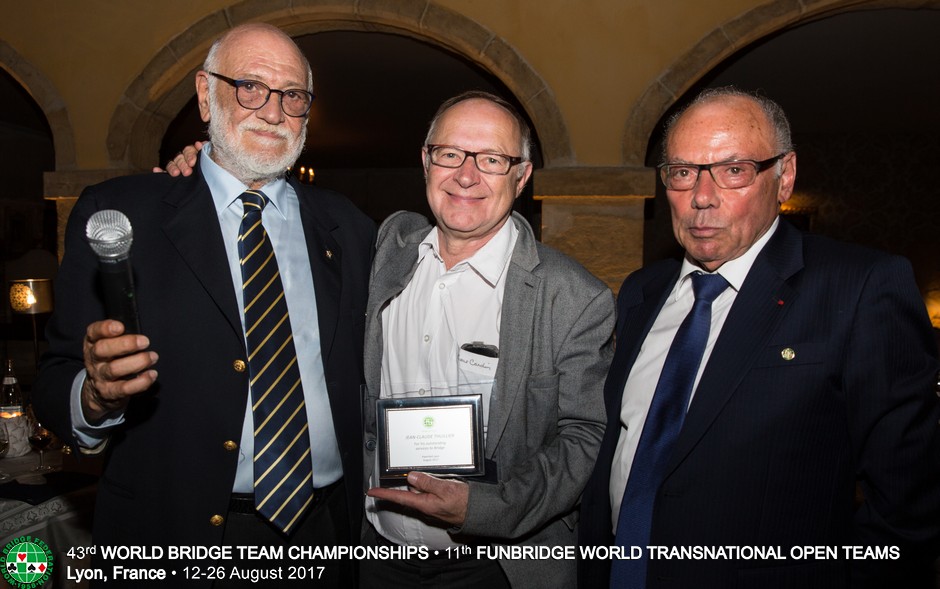 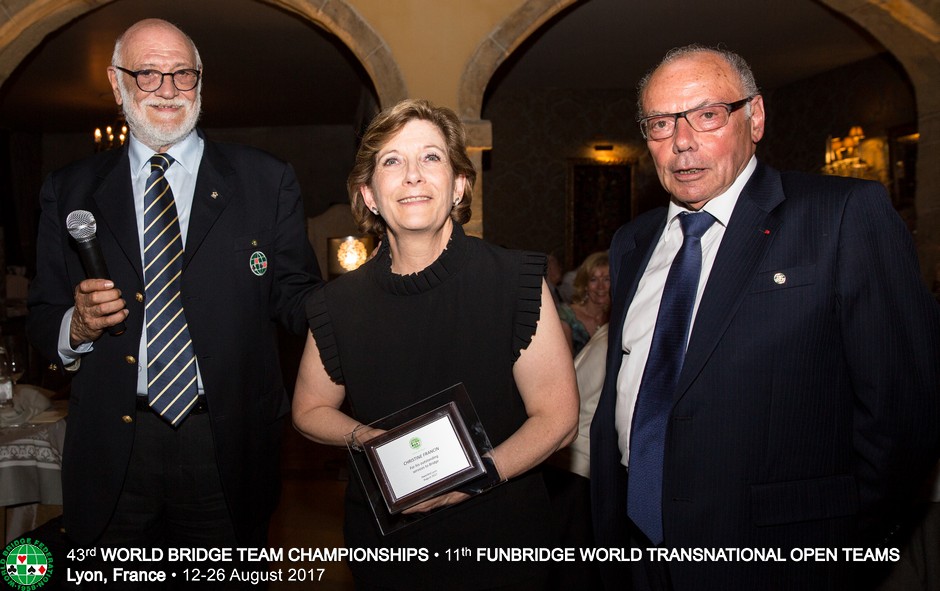